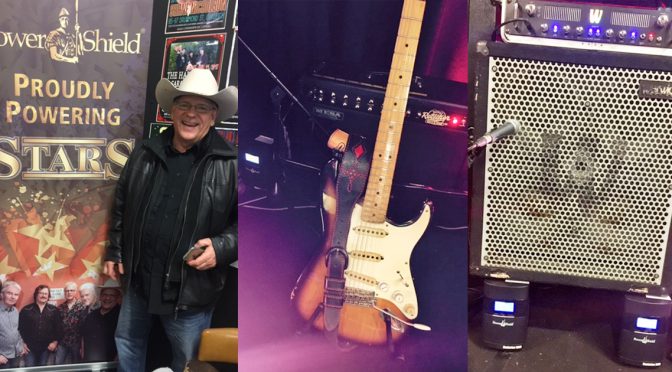 The much-loved band formed back in 1975 and their debut album, Paradise, peaked at number 11 on the Australian charts and included their highest charting single ‘Look After Yourself.’ Other hits like ‘Quick On The Draw’, ‘With A Winning Hand’, ‘Mighty Rock’, ‘Look After Yourself’ and ‘Back Again’ ensured a fan following that has transcended decades.

Stars toured Australia in 1978/1979 with the Beach Boys and then Linda Ronstadt.

Currently reformed to perform a series of sell out concerts, STARS have been utilising PowerShield UPS’s to ensure power to their valuable equipment is stable.

Three PowerShield Centurion 1000 UPS’s were used on the weekend concert to protect valuable stage amplifiers, making sure they had constant uninterrupted power during their two hour performance.

Glyn Dowding, the band’s original and current drummer said ‘This is indeed a very important part of our equipment back line and PowerShield proved beyond a doubt that we never lost a beat and held our equipment up throughout the whole performance.’

Power Shield look forward to supporting STARS in the future!

For more information on the Centurion range of UPS’s visit our product page: https://powershield.com.au/powersheild_…/centurion-tower-ups/